Logos Hope’s crewmembers were delighted to officially open the ship to the public in Castries, Saint Lucia, 18 months after they last staged an opening ceremony, because of coronavirus restrictions. The ship’s community welcomed the nation’s Prime Minister, Philip Pierre, and former Governor General, Dame Pearlette Louisy, as well as other distinguished guests. 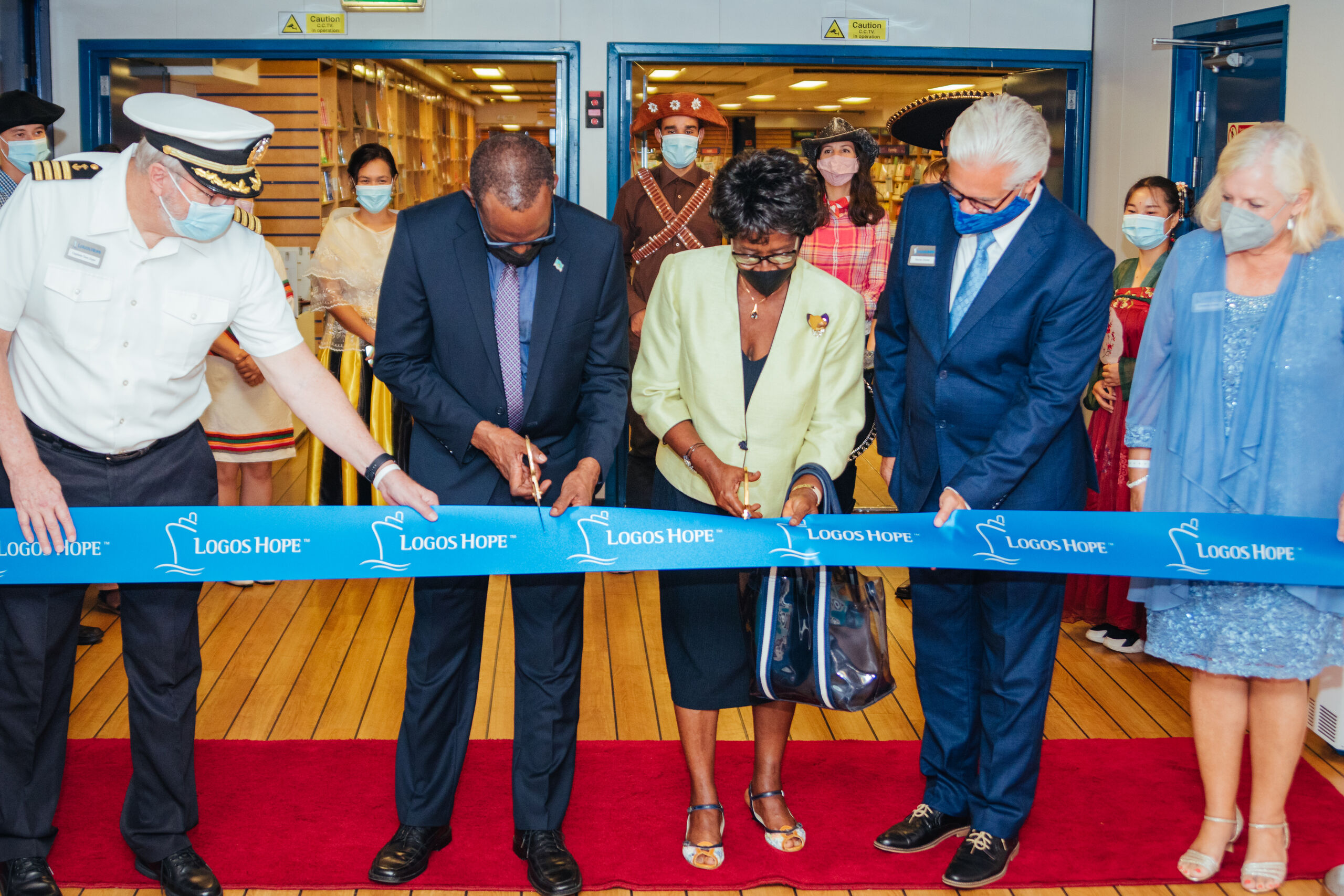 The island has been a familiar port of call for the organisation’s vessels ― all four of them have visited as part of Caribbean tours; totalling 17 stays in all. The last visit of the current ship, Logos Hope, was in 2017. Now she is back for a fifth time.

The onboard director, Randy Grebe (United States) welcomed local guests with the information he had discovered, that in 1800 their country had the motto of being ‘A safe harbour for ships.’ Randy said, “It still is. We are very happy to be here. Over time your motto has been changed to ‘The land, the people, the light’ ― and that actually represents your nation even better.” Speaking from his own experience of making friends on the island years ago, Randy predicted, “Relationships and long-lasting friendships will be made in this port between crewmembers and Saint Lucians and as we open the ship, we will once again enjoy your generous hospitality while we share knowledge, help and hope.”

It was also a history-making day for the prime minister, who has only recently been sworn in. The ship’s visit marked his first public engagement since his inauguration. Mr Pierre said, “Logos Hope is surely bringing hope to our island as you come to us to share some of the stories and the knowledge of the world and we know, as a quote says, 'The fundamental cure for poverty is not money but knowledge’. Even if Saint Lucians have become the most literate people in the Caribbean, in Saint Lucia we have seen the collapse of many traditional bookstores. Your visit will encourage many children to spend time reading.” Understanding the ship’s mission to not only offer literature but also practical help across the island, the prime minister said, “Logos Hope is more than just a bookstore, it’s bringing the Word alive by doing good deeds as well. She is not a ship of the world, but a ship of hope, peace, knowledge ― a ship of enlightenment. We welcome your acts of charity and we hope you enjoy our country and its hospitality.”

After the traditional ribbon-cutting ceremony, the guests visited the world's largest floating bookfair which is now open to the public from Tuesday – Sunday 2pm-7:30pm until 25 August. 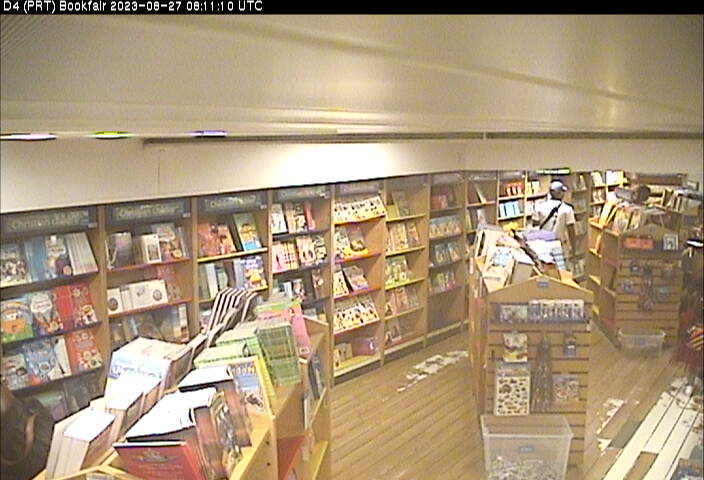